A few weeks ago, we had the chance to chat with Jayne Paramour, Sustainability Director at APCO. Our discussion has been divided into two parts. Below is part 2 of our conversation with Jayne – Part 1 can be accessed here. 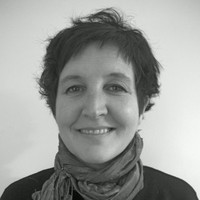 Who, In your opinion is the strongest driver of sustainable packaging initiatives? Is it coming from consumers, manufacturers, government, etc?

There is no one real driver in particular, just like there is no one solution to any of these problems. I think we encountered a bit of a perfect storm a few years ago – with China closing their doors, the rest of Asia cascading behind that, really throwing the onus back on developed economies to fix their waste problems themselves.

We also had the increasing awareness of the impact it was having on the environment, we were seeing people talking about it, we were seeing some of those fabulous films and documentaries such as plastic ocean and albatross and all those things that were really bringing it home to a wider and wider audience.

I think there suddenly was like a tipping point of awareness – everybody suddenly woke up and just went ‘mm we all need to do something about this’ and it’s like it all happened at the same time, and all those things started to come together and crystalise into this massive movement.

I’ve been working in the environmental sector for 15 years nearly, and I’ve never seen anything move with the speed. All those things came together and created such an enormous catalyst to change – consumers are aware, governments are aware, businesses are aware. Big business have taken this on as well because of the issues around climate change impacts and that broader sustainability discussion, and they’ve tried to understand where packaging fits into that – and I think that’s been a really powerful catalyst for change in their spaces as well.

Companies like Unilever are recognising that the pigments they were using in a lot of their plastics were just rendering the plastics undetectable so they set about finding a new pigment that would let them capture those materials through the existing infrastructure – it was the easiest pathway, and they put lots of money into that.

Nestle are doing this trial on the Central Coast to try and address some of the soft plastics challenges that they face because they’re a big user of soft plastics with a lot of their snack foods and confectionary items and things like that so they have taken themselves on to do it. Ultimately, those are the brands that come up in litter indexes and things like that saying that they were the most found things on beaches and in the water. They’ve had a pushback from consumers, but I think they’ve also understood that as longstanding, iconic institutional businesses, that they had to move otherwise they were going to become obsolete and you know, fall out of the marketplace.

I think every participant along that value chain really has had a bit of an awakening. Plastics resin manufacturers and things like that are shifting to that space where they are looking to include more recycled content into all of the products that they produce and then trying to encourage their customers to engage in that space and have confidence in using these materials.

Everyone’s come together all at the same time – like it’s the right time. The timing is great. It seems that everybody is on the same page and that’s really a huge motivator behind the whole thing.

What do you view as the biggest barriers to achieving mainstream adoption of sustainable packaging goals and targets? (Technology? Education? Consumer Expectations?)

I guess there is a big perception that cost is a barrier, however there are very few barriers to taking up sustainable packaging options.

So for example it is currently cheaper to recycle polypropylene into packaging than it is to use virgin materials.

We are seeing jurisdictions like the UK putting out a tax premium on any business that is not incorporating at least 30% recycled content into their packaging so they have to pay a premium for that.

Those kinds of levers are driving demand for recycled content so that’s improving the sustainability of the packaging just by default. But they’re not consistent. When we are dealing with companies operating in a lot of overseas markets where those sorts of levers are coming in, we in Australia get the positive impact from that because they have to do it there so they might as well just roll it out here as well. We are so small as a marketplace that it’s not worth doing something specific for Australia alone.

In terms of barriers here, an example would be the lack of technology for capturing things like soft plastics. We have a REDcycle program but we don’t have a lot of outlet for that material at the moment.

Things like advanced recycling are becoming viable pathways for that sort of material, so there has to be a technology evolution that will address some of these challenges and that’s something that’s going to take time.

There are barriers to people moving to sustainable packaging at the moment because it doesn’t necessarily provide them with better outcomes to what they’ve got at the moment. In particular, smaller businesses will hold off until a time where they have more certainty in that space and the costs have started to come down as economies of scale start to kick in and things like that.

I think there are also barriers from an education perspective, and this is where a lot of this misinformation comes in, we talk about alternative materials and rationalisation of materials, and we look at the waste hierarchy, as our guide for designing our packaging and what the outcomes of it should be – a lot of people just don’t have the time or capacity to really inform themselves on this sort of stuff so that’s where we end up with things like greenwash happening and people being sold things with the wrong information

Do you have any advice on how to encourage manufacturers in the FMCG space to adopt sustainable packaging options voluntarily? For instance, plastic laminate on cardboard will not be banned under any single-use plastic bans for the foreseeable future – how would you inspire a company to potentially switch to unlaminated board?

I think things like the 80% ARL in all supermarkets products by 2023 will have a big impact on this kind of thing. By the end of 2023, 80% of products in supermarkets will have to go through the PREP tool. People who are thinking these things are recyclable are suddenly going to get that feedback from the PREP system that says no it’s not.

There is a focus on increasing the rigidity and robustness of regulation to ensure compliance, so people that are flying under the radar and sitting outside of APCO at the moment may not necessarily be as free and easy as they have been up until this point – we may start to see it move in a less voluntary fashion.

How do you see the packaging landscape in Australia looking in say, 10 years’ time?

If you’d asked me that question 2-3 years ago, I probably would have had a much more pessimistic response.

Now I feel like we are going to end up with this utopian vision of the world where all these things happen without us even thinking about it – where we have the right bins, we have the right materials, we have the right recovery processes, and all this material just goes back into being other stuff. And there is no such thing as packaging waste anymore.

That’s where I feel like it’s going. And achieving that in 10 years I think now there’s been such enormous movement in the last few years that I don’t think that’s out of the question at all.

I think that the utopian view could well and truly become our reality. And if it does – oh my goodness! If we are doing it with packaging, which is one of the lowest value / hardest commodities really to handle because of the complexities of it, if we can do it for packaging we can do it for anything. I truly believe that.

And you know, we are seeing that across the board with all sorts of things. It’s about making sure that the design is good so that the materials can be captured and recovered and reused.

The complexities are being eliminated that prevent that sort of thing from happening. If we can hit that 100% recycled target by 2025, all the other things will fall into place behind it much more easily, so I feel like we’re really close to that – our consumption and recycling report showed last year that we had 89% recyclability across the landscape as it was last year already you know, and that’s just with the organic work we’ve been doing over the last little while to try and adjust to the changes we’ve had to deal with.

I think the fact that we’re already at that stage means that we really do have a very good prospect of reaching that target and probably sooner than we had hoped. Once that is in place, all these other things are much easier to start to deal with – it’s about building that infrastructure, which of course takes time – but we’re seeing the investments starting to happen, the government supporting it, businesses coming to the party and taking that responsibility – you know, the brands are taking that responsibility and all the other players in the marketplace that want to support that circular economy too.

I just feel like there’s a – it’s like there’s some kind of revolution going on, it’s amazing. It’s really exciting. And I have enormously positive hopes for 10 years time, I just think we will be living in a very different space.

Thank you so much for your time today, it’s been a really interesting chat.