We had a quick chat with John, one half of the founding duo of Revvies to discuss his amazing company and the many benefits of switching to Australian manufacturing. 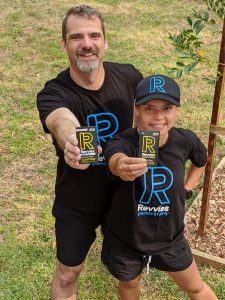 Revvies is a company that manufactures caffeinated energy strips that dissolve in your mouth and give you an instant energy boost. They are amazing for athletes, gym-goers, or anyone who wants a convenient caffeine boost, instantly. They can be taken before or mid exercise, and won’t weigh you down or give you an upset stomach, like other caffeine alternatives that come in liquid or gel form

JOHN, HOW DID YOU COME UP WITH THE IDEA OF REVVIES?

We came up with the idea when we were working in London. It’s well known that caffeine before exercising (particularly going to the gym) just makes it a bit easier to have a better workout or a better run. However, if you want to have a cup of coffee, you have to have one an hour before your workout, otherwise, it’s just going to be sloshing around in your stomach…anything that digests through your stomach takes about 30-60 minutes to work, so if you forget then you’re going to be stuck so I wanted to find something that would work almost instantly.

There was nothing on the market at the time, but we did know that caffeine can be absorbed through the cheeks. I spoke to a manufacturer that I knew about the possibility of putting them into a dissolving strip format… So that’s what we did!

It took about 2 years to develop the product itself. As soon as we released it, it became a hit! Elite athletes who already knew the benefits of caffeine loved our product for the same reasons we developed the strip: being fast-acting and being able to take caffeine without liquid was a real benefit. We were one of the first to become informed sport certified which means we test every batch for widely banned substances, so elite athletes know that when they use our product, it’s going to be a clean, safe, high-quality product.

HOW DID YOU GUYS HEAR ABOUT US?

In We were recommended to you by one of our stakeholders. They had used you for some food packaging in the past.

We started with you at the beginning of COVID. We used to use a manufacturer in China because we couldn’t find any competitive pricing in Australia. When we had the outbreak of COVID in China in January and February, we had issues with the supply chain. At the same time, we had accelerating sales and dramatic growth. We started looking again in Australia to see if we could find a solution, and we reached out to some of our contacts at the time and they recommended you guys.

With some smart design thinking on your behalf, you were able to compete on price, and obviously, the quality has been exceptional. 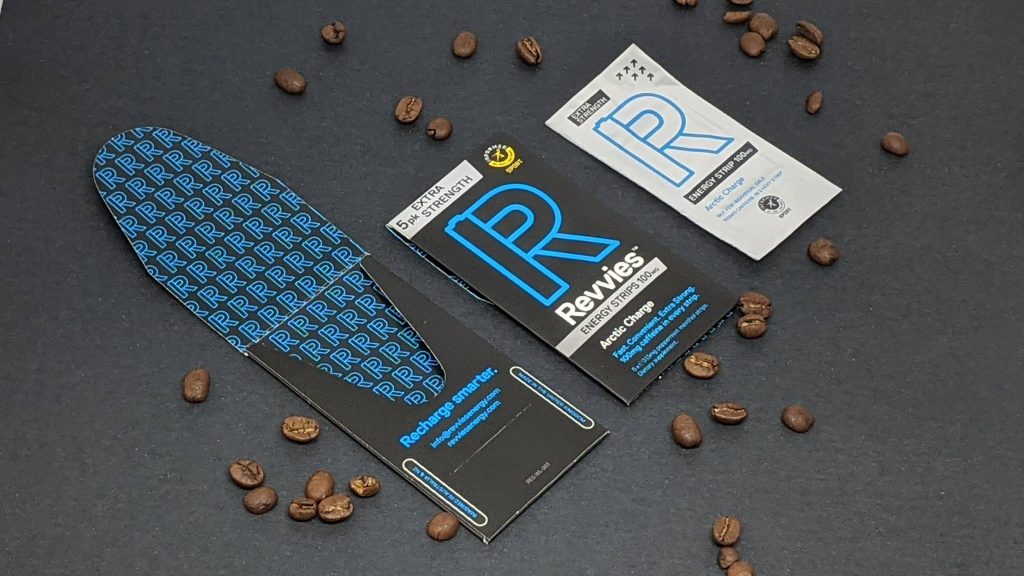 DO YOU HAVE ANY COMPARISONS ON AUSTRALIAN VS OVERSEAS MANUFACTURING?

At the moment, onshore manufacturing is much faster, compared to China where you’d be waiting probably a month to six weeks; whereas you guys are more like two weeks.

With our previous supplier, we did travel to China to make sure that the paper was sourced properly and workers were being treated properly, we did a factory tour a couple of times, one for each year we were working with them. However, in the back of your mind you’re wondering if that’s actually where the job is being done, is the material always being sourced by the right location…

For a fast-growing business, short supply times are very important. Being fast-growing, it can be hard to forecast demand sometimes, so having a partner that can be flexible and be able to adjust and turn orders around quickly is important for us. Having a shorter lead time also means that money isn’t caught up in stock for so long with your shorter supply chain. Having a partner that can turn around quantities quickly is great because it means we can get products into stores sooner when the opportunity arises.

Doesn’t matter how fast a factory produces something over there, it still has to be shipped and still has to pass through customs. Because Revvies is located in Sydney, after the packaging has been produced at CCS we can potentially just go pick it up in the afternoon so you can’t get faster than that.

Sometimes, your CEO Gerry drops it off our packaging, we’re in Sutherland and he’s just up the road so we just get it hand-delivered sometimes.

WHAT IS YOUR FAVOURITE THING ABOUT KEEPING MANUFACTURING ONSHORE?

For us it’s a few things…It’s great to keep it onshore because of the sustainability – we’re not creating carbon by moving things around the world unnecessarily. There are the local economic benefits.

Being able to come out, meet the team, see the products on the machine now and again in terms of quality control is great. 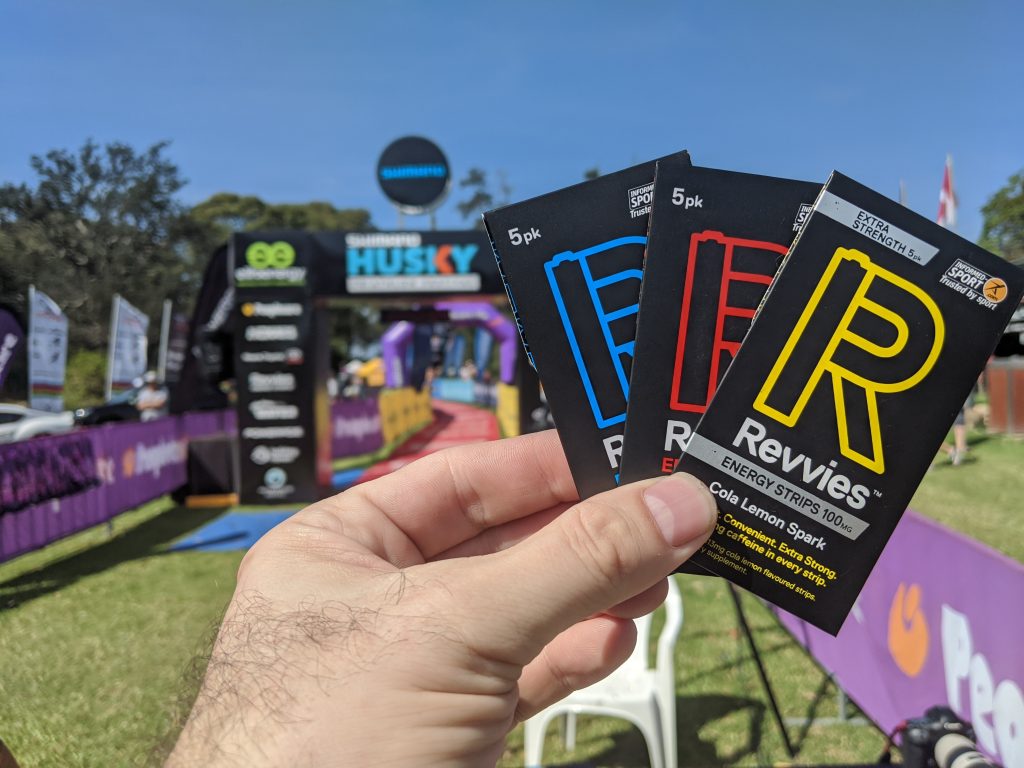 HOW DO YOU FEEL ABOUT OUR SUSTAINABILITY VALUES?

Working with CCS, I mean the sustainability we know is taken very seriously by the company as a whole moving to carbon zero now which is something that we want to do and it’s great you’ve already achieved it it makes our life easier.

For us we are moving to be a B-Corp, a benefits corporation, so for us things like sustainability, the Australian work practices, we know those things are being ticked off.

Visiting the warehouse is easier, the supply chain is much shorter and faster, those are additional benefits of switching as well.

HOW HAVE YOU FOUND YOUR TIME WORKING WITH THE CCS TEAM?

It’s been good working with the team and working with creative thinkers as well. When we started with CCS, there was a bit of re-engineering of the packaging to price match. However, I think we’ve ended up with a better, high-quality pack.

Also, when we’ve needed to get some POS displays created, the team’s been able to come up with some really exciting options and provide us with some digital samples in a very short space of time which is great.

WHAT WOULD YOU TELL OTHER MANUFACTURERS POTENTIALLY CONSIDERING SHIFTING TO ONSHORE MANUFACTURING FOR THEIR PACKAGING AND PRINT NEEDS?

I would say take a closer look, as there have been a huge number of advantages for us. It was difficult for us to find the right partner which is why we did originally go offshore driven by price.

But by finding the right supplier we were able to think more laterally about how to produce what we needed through smart design whilst being price competitive.

As a result, we gained a whole load of other benefits, the speed, the sustainability, just being able to be closer to production.

I THINK THAT’S ALL THE TIME WE HAVE HERE TODAY, DO YOU HAVE ANY FINAL THOUGHTS?

I think that as a company, we’ve got to be here for the long haul, and so we have to do the right thing for the planet. We want to build a long-term relationship with our customers, and that’s very difficult if you’re doing the wrong thing. You guys are very forward-thinking in terms of getting it done…definitely a bit ahead of the curve.

You can check out the Revvies Product range here.